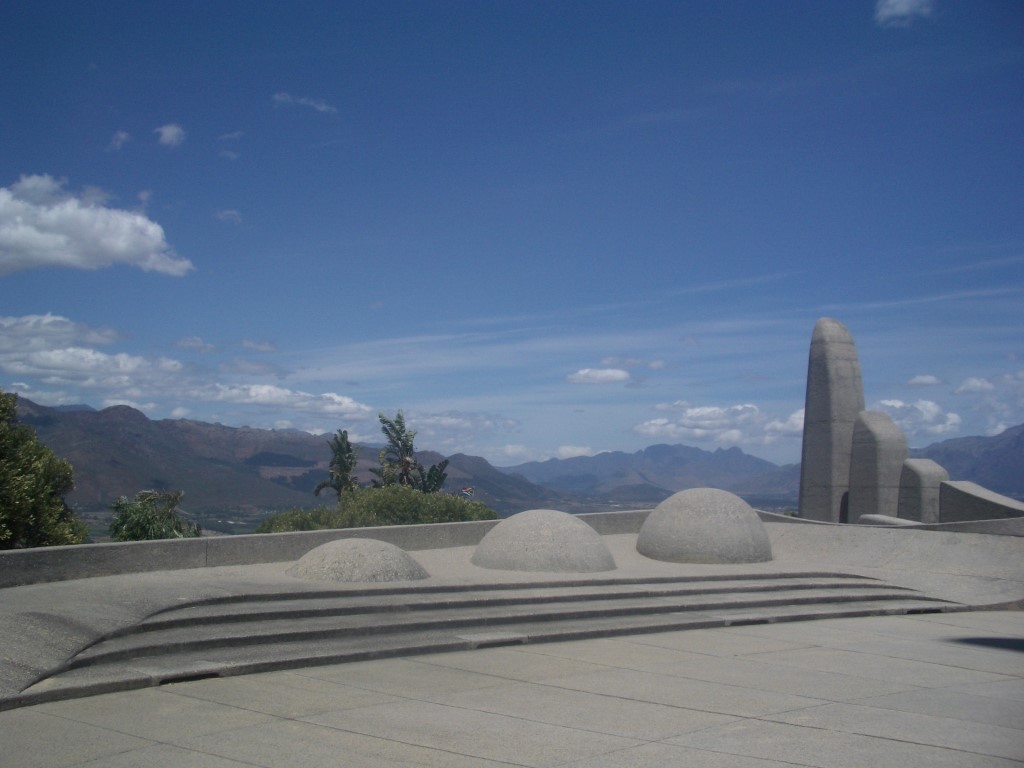 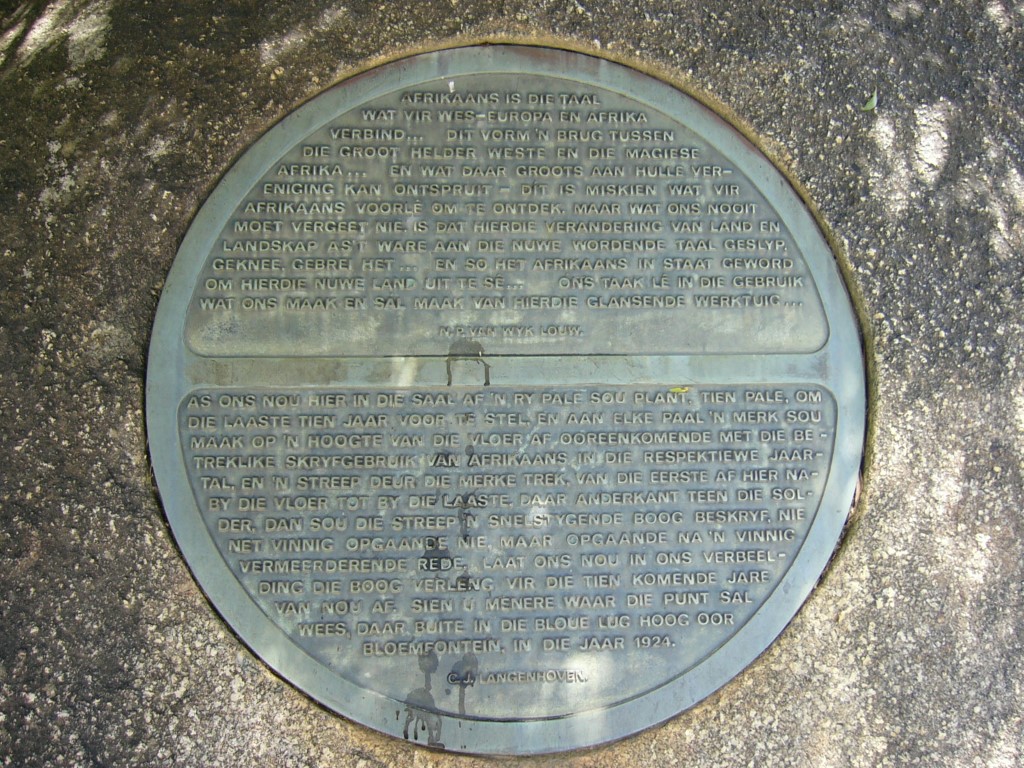 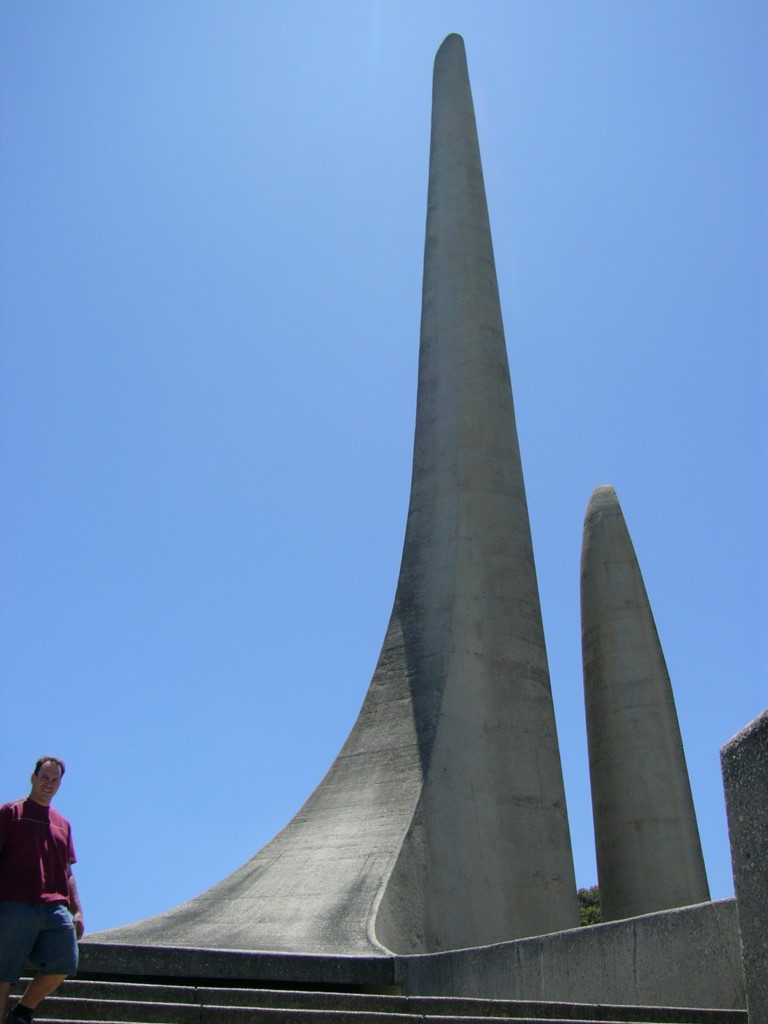 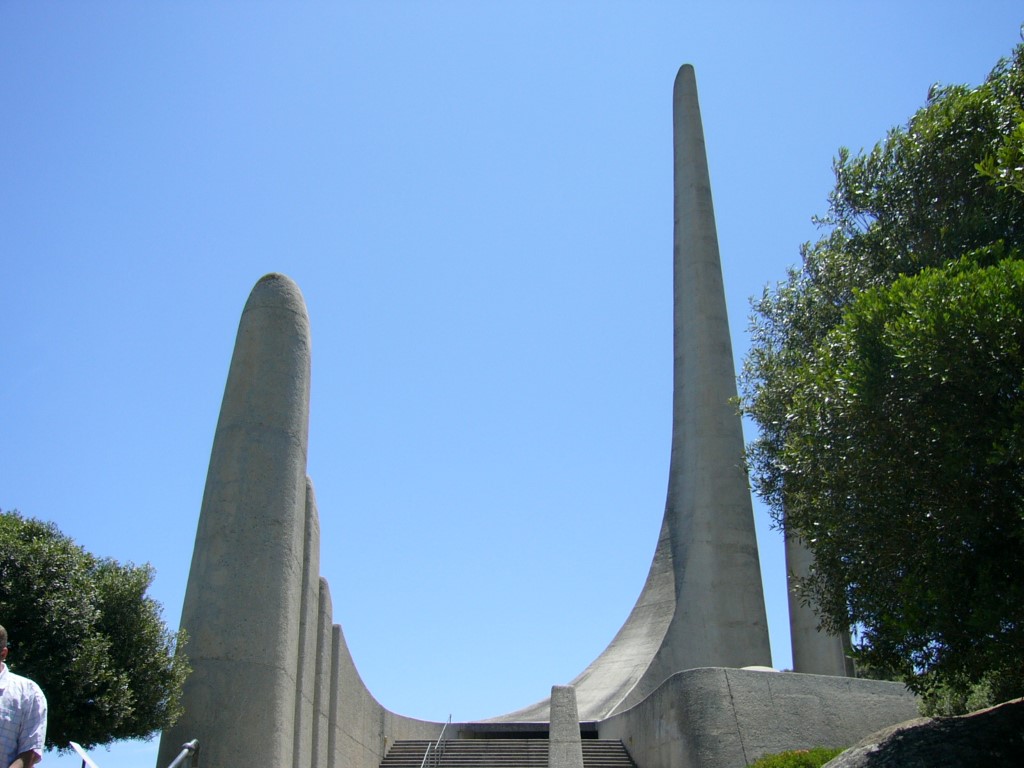 The Afrikaans Language Monument (Afrikaanse Taalmonument) is located on a hill overlooking Paarl, Western Cape Province, South Africa. Designed by Jan van Wijk it, officially opened on 10 October 1975, it commemorates the semi-centenary of Afrikaans being declared an official language of South Africa separate from Dutch. Also, it was erected on the 100th anniversary of the founding of ‘Genootskap van Regte Afrikaners’ in Paarl, the organization that helped strengthen Afrikaners’ identity and pride in their language.

Incidently, the first monument to commemorate Afrikaans was the monument in Burgersdorp, which was built in 1893, although it refers to the Hollandse taal or the Dutch language. It depicts a woman pointing her finger at a book in her hands.