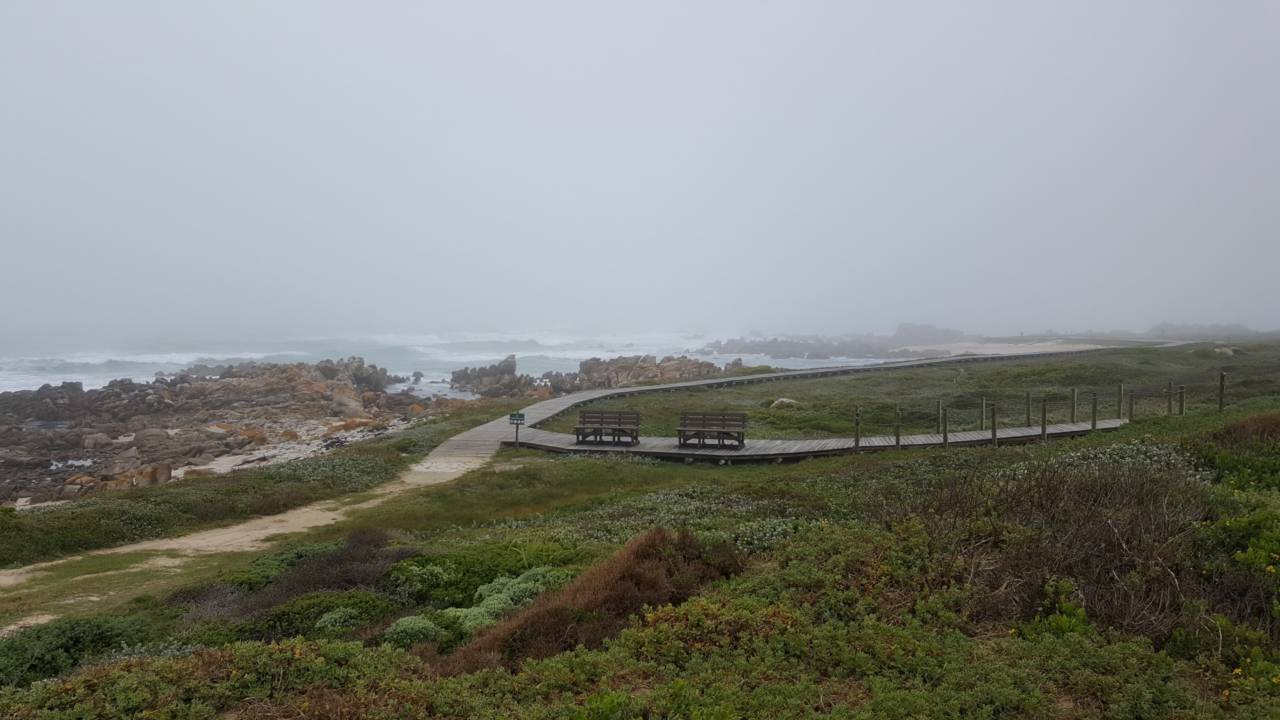 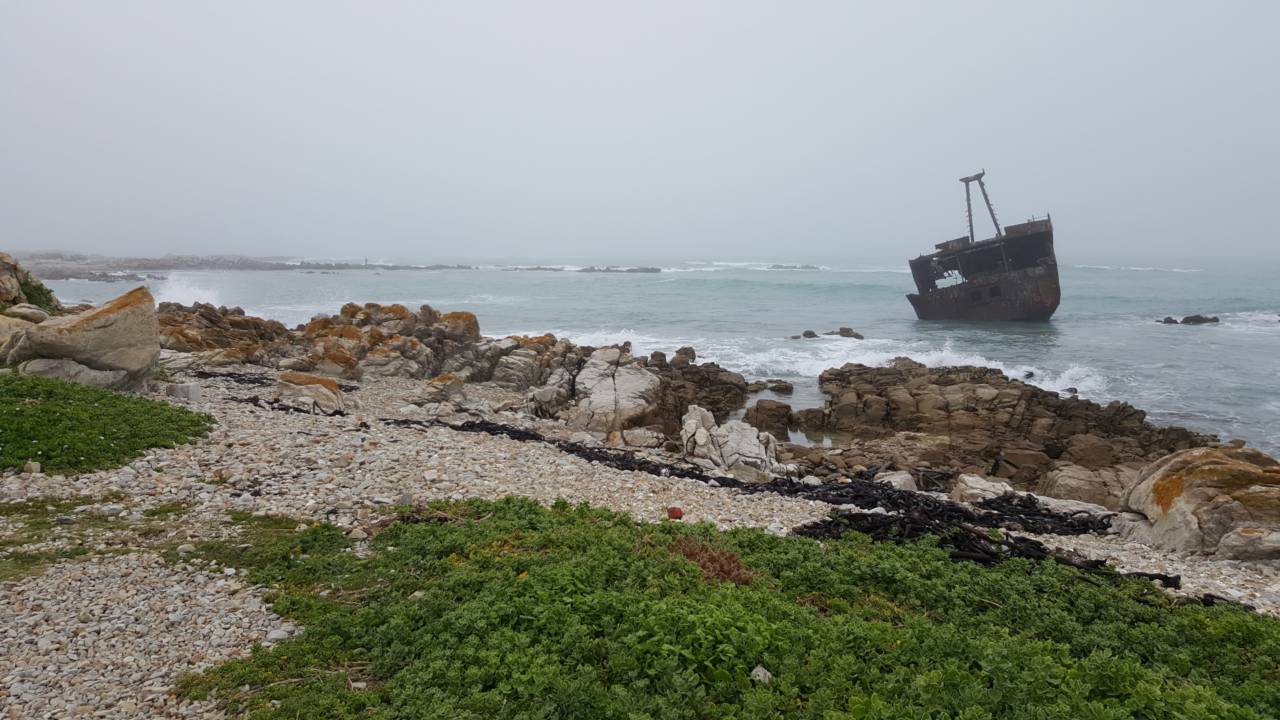 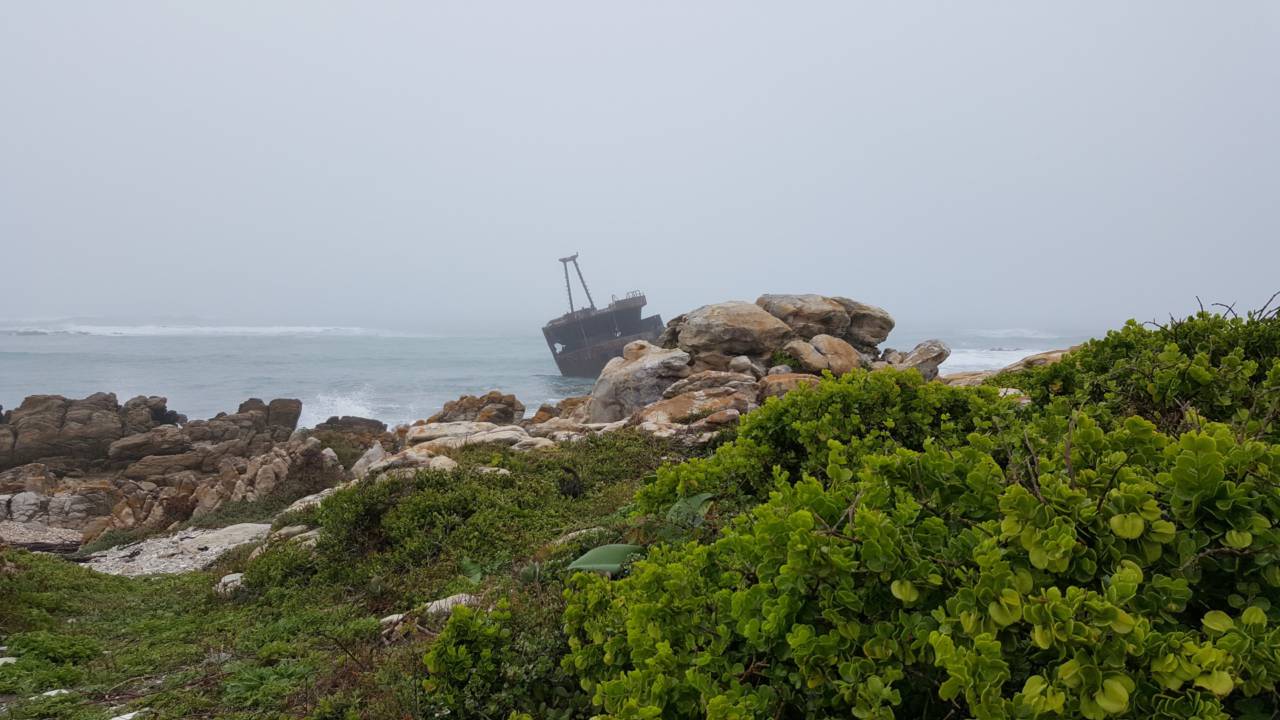 The Agulhas National Park is a South African national park located in the Agulhas Plain in the southern Overberg region of the Western Cape, about 200 kilometres south-east of Cape Town. The park stetches along the coastal plain between the towns of Gansbaai and Struisbaai, and includes the southern tip of Africa at Cape Agulhas. It coveres an area of appx. 20,959 hectares.

Amongst the mysteries associated with this region, is the legendary ‘Cape of Storms’ which wrecked many ships en route to the east via Cape Agulhas. Ancient people also left their mark on the landscape. For example, archaeological middens remind contemporary man of a successful hunter-gathering culture that was in harmony with its natural environment; and a cultural heritage that dates back thousands of years to when the Khoi-Khoi people trapped fish using ingeniously constructed tidal traps.

The primary tourist attraction in the park is Cape Agulhas, the southernmost tip of Africa and the official meeting-point of the Atlantic and Indian Oceans. Nearby is the Agulhas lighthouse, the second-oldest lighthouse in South Africa, which also includes a small museum and tearoom.