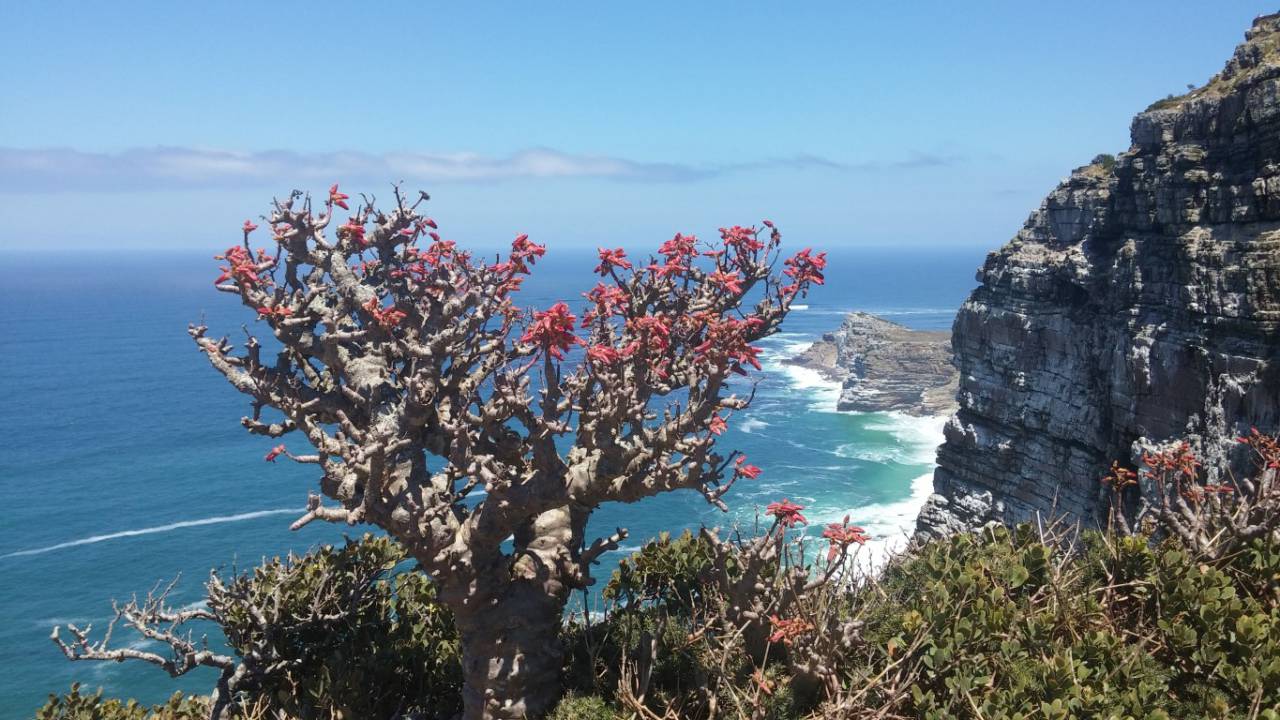 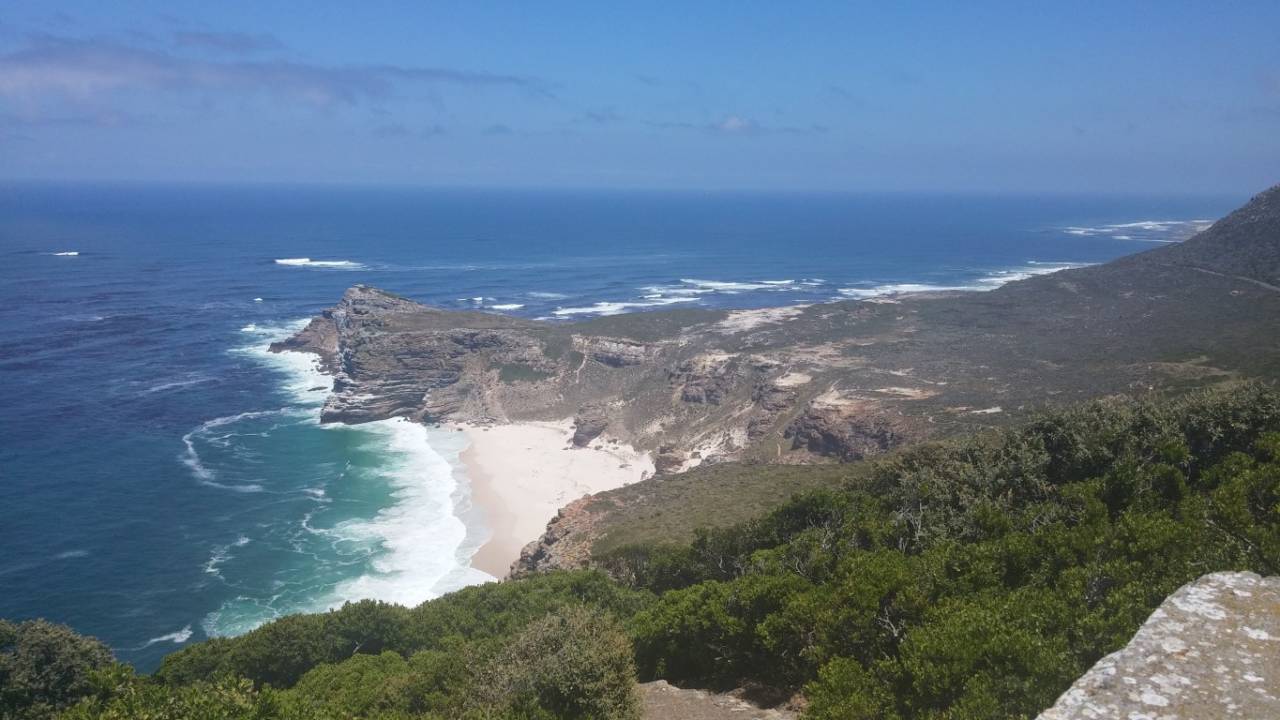 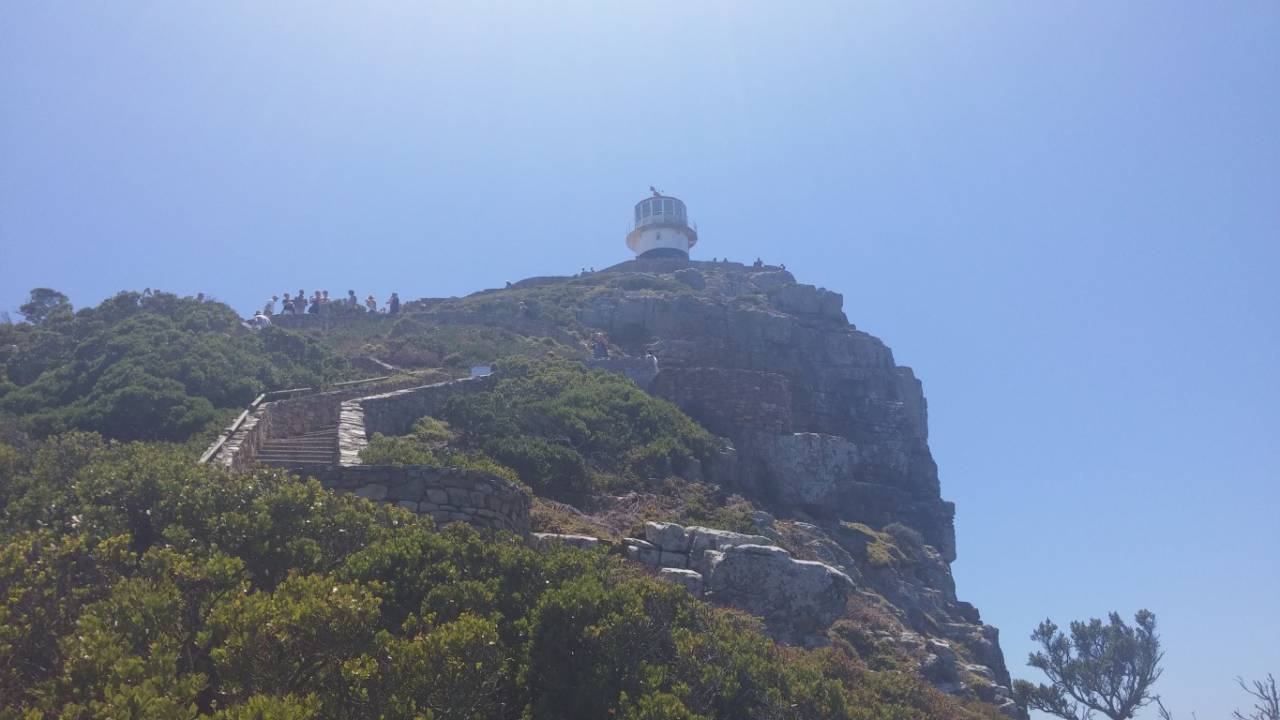 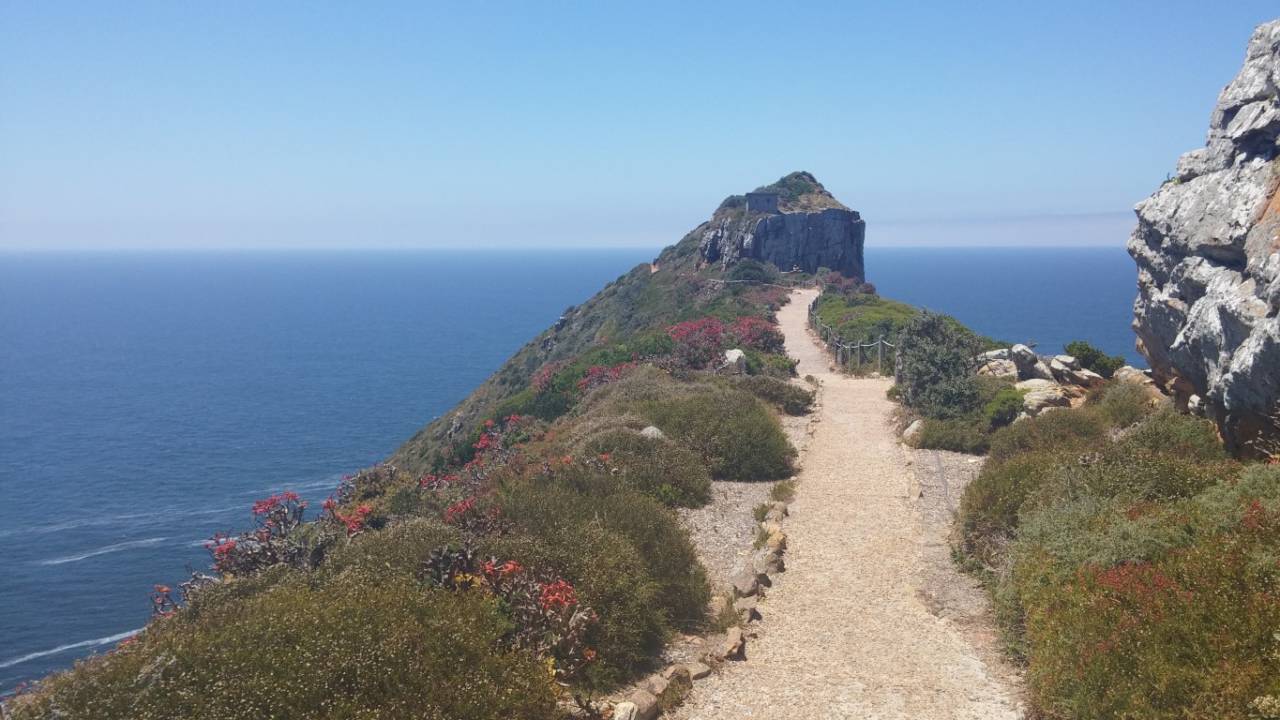 The Cape of Good Hope is a rocky headland on the Atlantic coast of the Cape Peninsula, South Africa.

There is a misconception because it was once believed to be the dividing point between the Atlantic and Indian Oceans, that the Cape of Good Hope is the southern tip of Africa. In fact, the southernmost point is Cape Agulhas, about 150 kilometres to the east-southeast. The currents of the two oceans meet at the point where the warm-water Agulhas current meets the cold water Benguela current and turns back on itself—a point that fluctuates between Cape Agulhas and Cape Point.

When following the western side of the African coastline from the equator, however, the Cape of Good Hope marks the point where a ship begins to travel more eastward than southward. Thus, the first modern rounding of the cape in 1488 by Portuguese explorer Bartolomeu Dias was a milestone in the attempts by the Portuguese to establish direct trade relations with the Far East. Dias called the cape Cabo das Tormentas (“Cape of Storms”), which was the original name of the “Cape of Good Hope”.