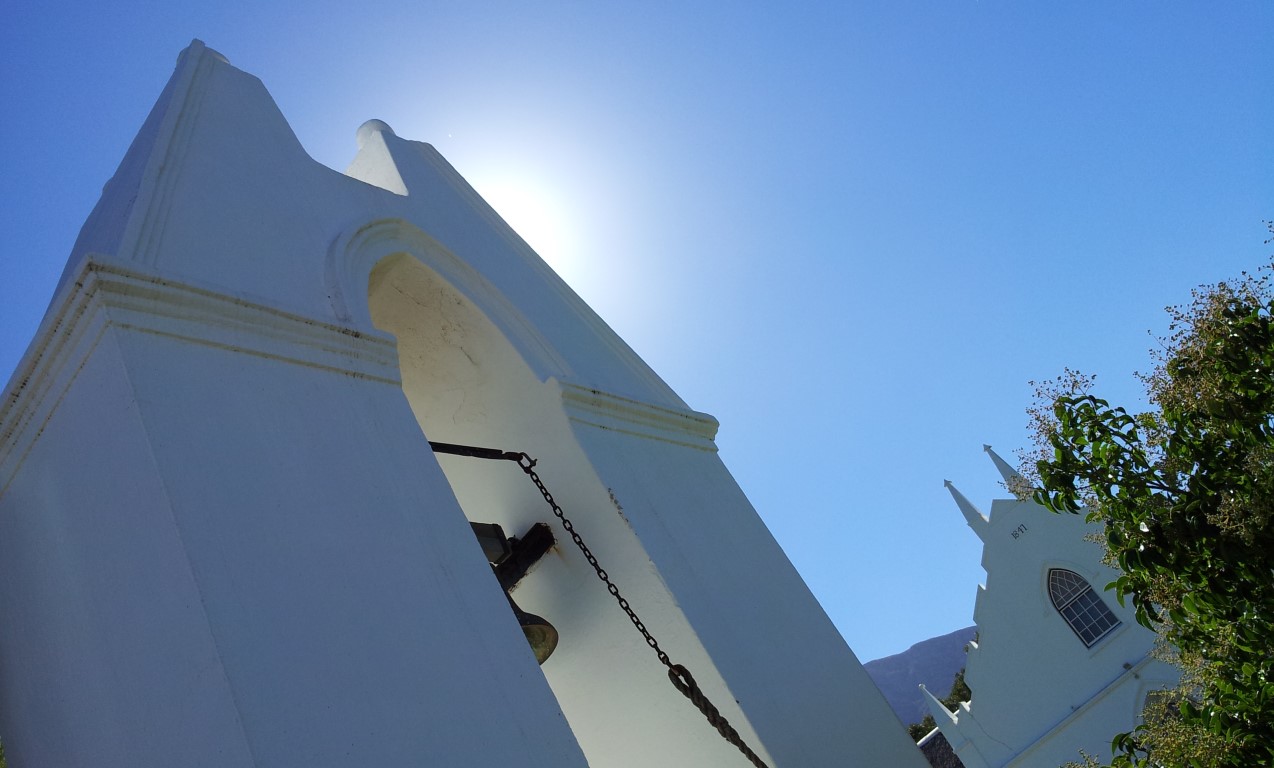 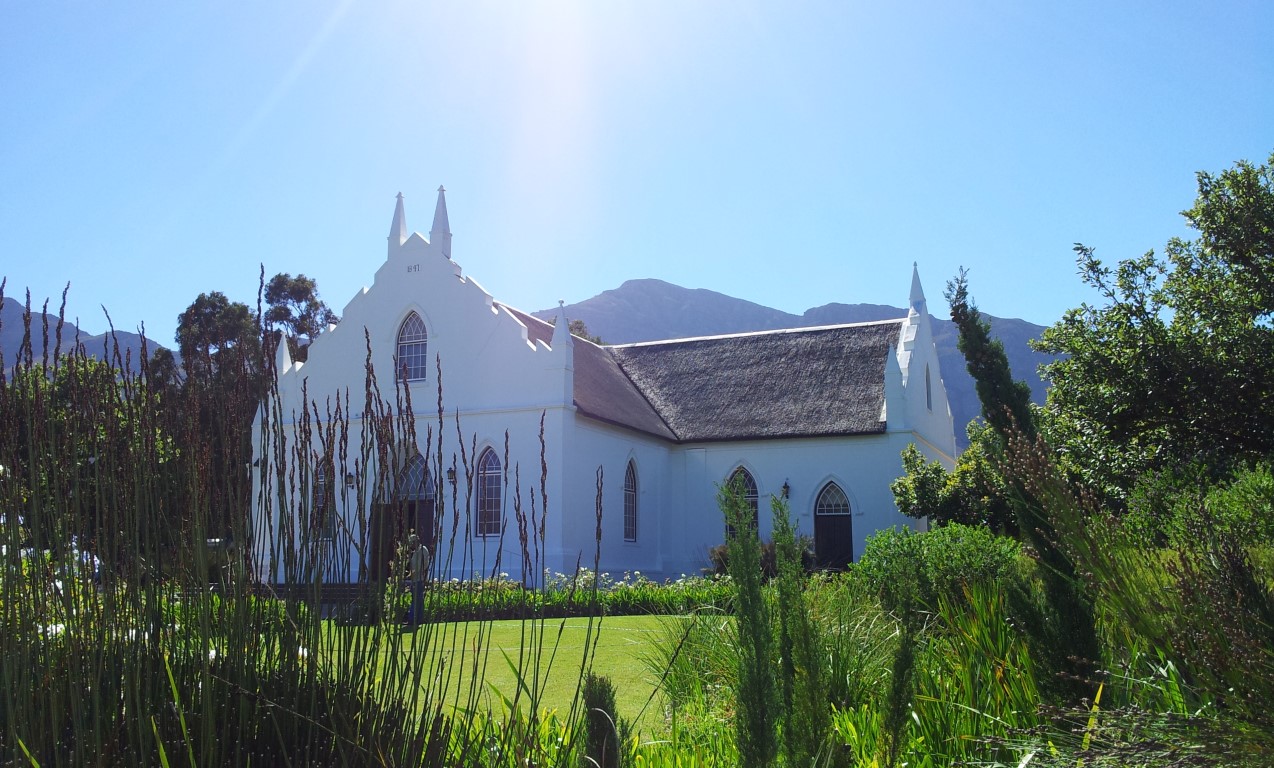 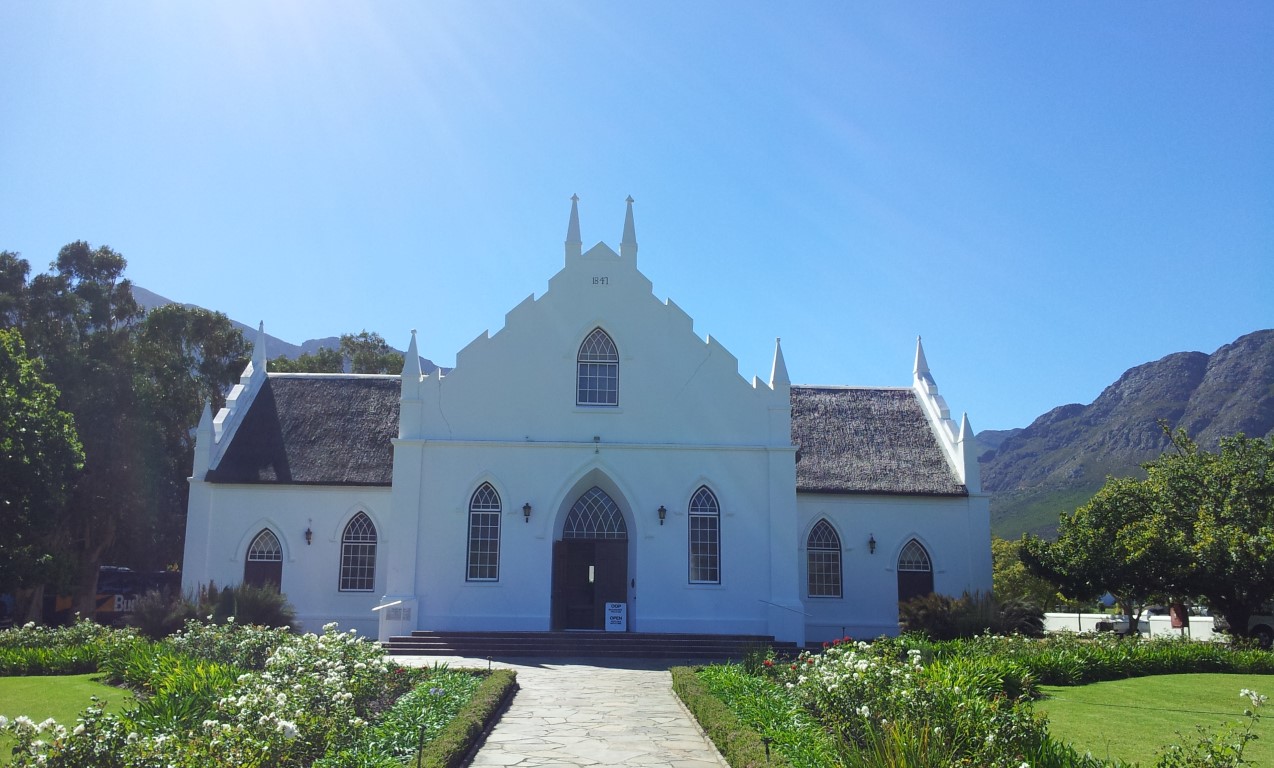 The Dutch Reformed Church is a Dutch Reformed church in Franschhoek, South Africa. The church was built in 1847 and is situated on the main road running through the town. This valley, tightly hemmed in by mountains, is named after the French Huguenots who fled to the Cape after religious persecution in 1688. They brought with them knowledge of viniculture and settled to make wine.

In 1926, the presbytery completely renovated which also involved substantial costs for the church with it. From 1929 on services in the church were held in Afrikaans instead of Dutch. The first Afrikaans church council minutes dating from December 1929 From 1933 uses Afrikaans Bibles and from 1937 used with an Afrikaans Psalter.