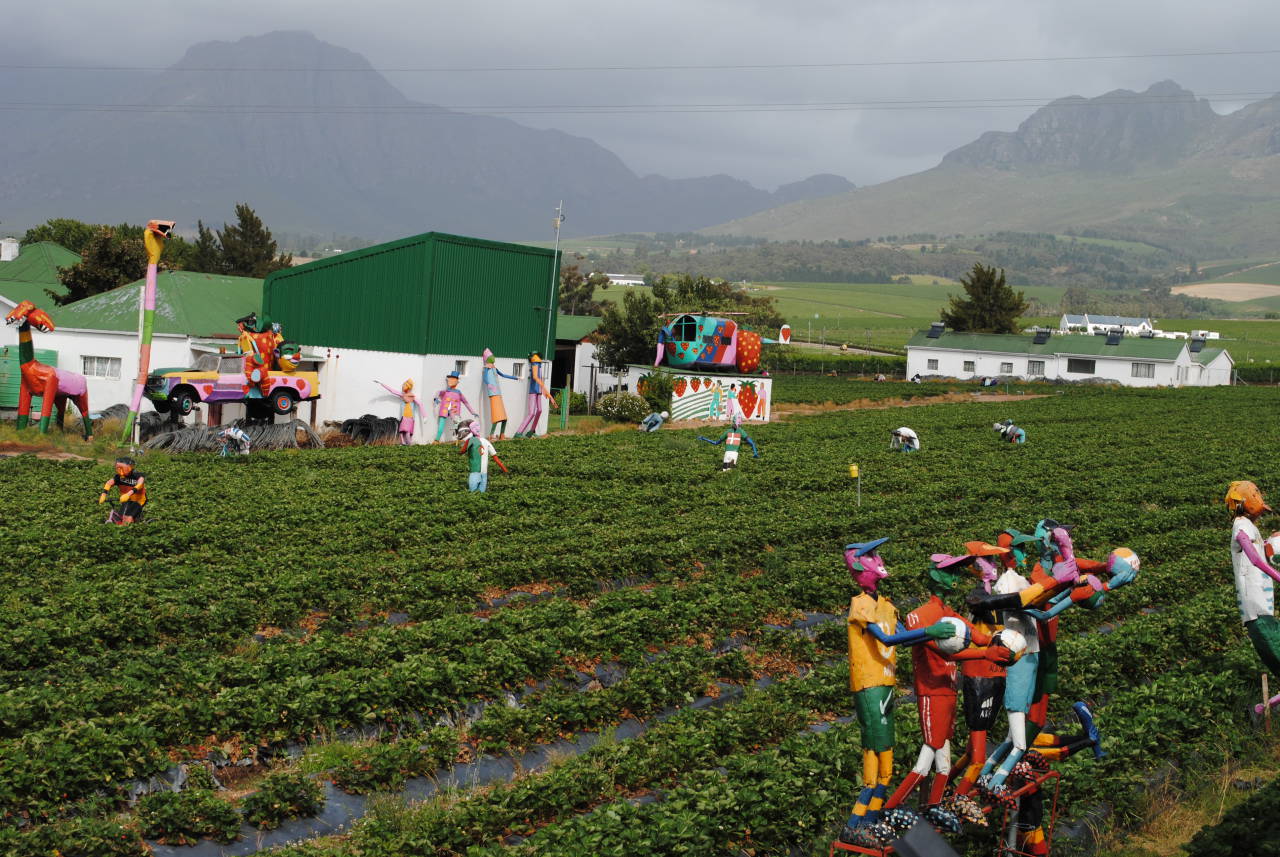 The Mooiberge Farmstall has a long hostory and has been a landmark next to the R44 close to Stellenbosch for many, many years. In the early 1900’s when Sam Zetler arrived near Stellenbosch, the area was still fairly untamed and relatively wild. As time passed by, they had 5 sons all of whom joined the farming business. Soon it was known as S. Zetler and Sons, and more recently it became known as Wynland Boerdery.

Through the years the Zetler family, through their farming business, supplied the local market, major shopping chains, and even the overseas markets with top quality fresh produce, but they became mostly famous for their strawberries. What they became most famous for however, are the two farm stalls – Mooiberge and Mountain Breeze – which have seen local people and tourists, from up-country and abroad, return year after year.

Their scarecrows in the surrounding strawberry fields have been photographed by tourists from just about every country on this planet. A major drawcard in their “arsenal” of tourist attractions, is the Winery where a large selection of Estate Wines is available at extremely affordable prices.