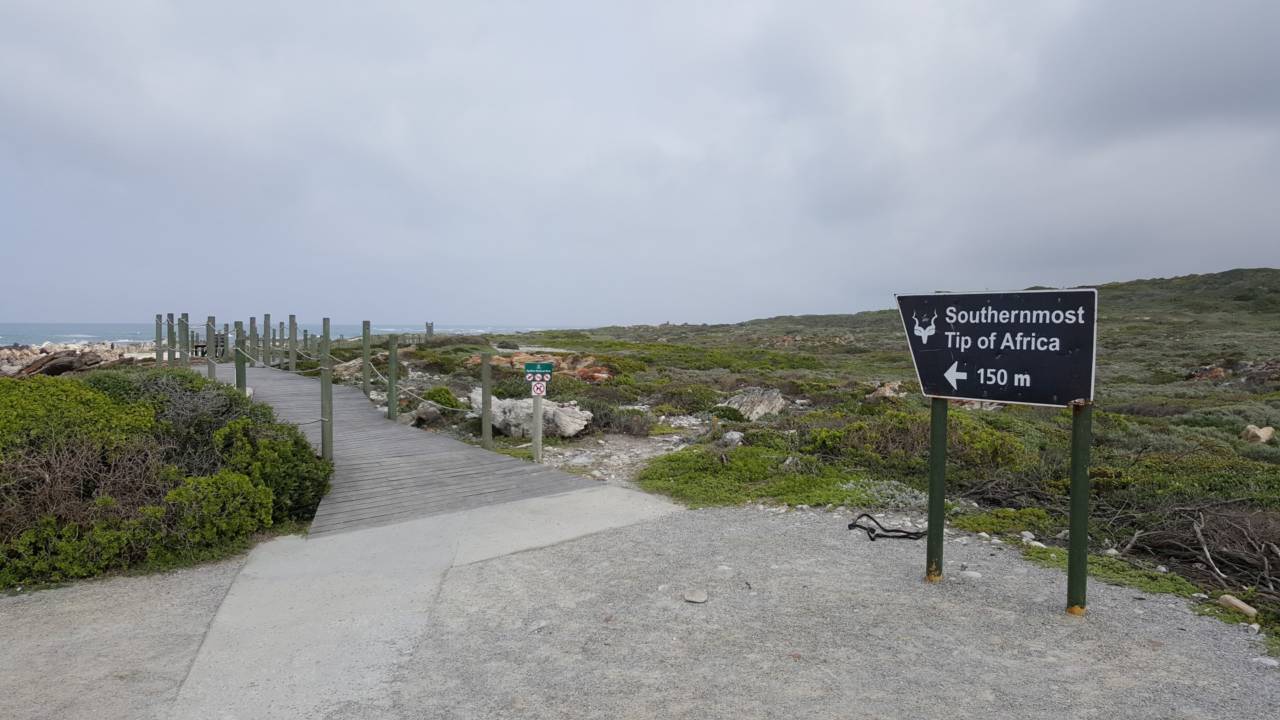 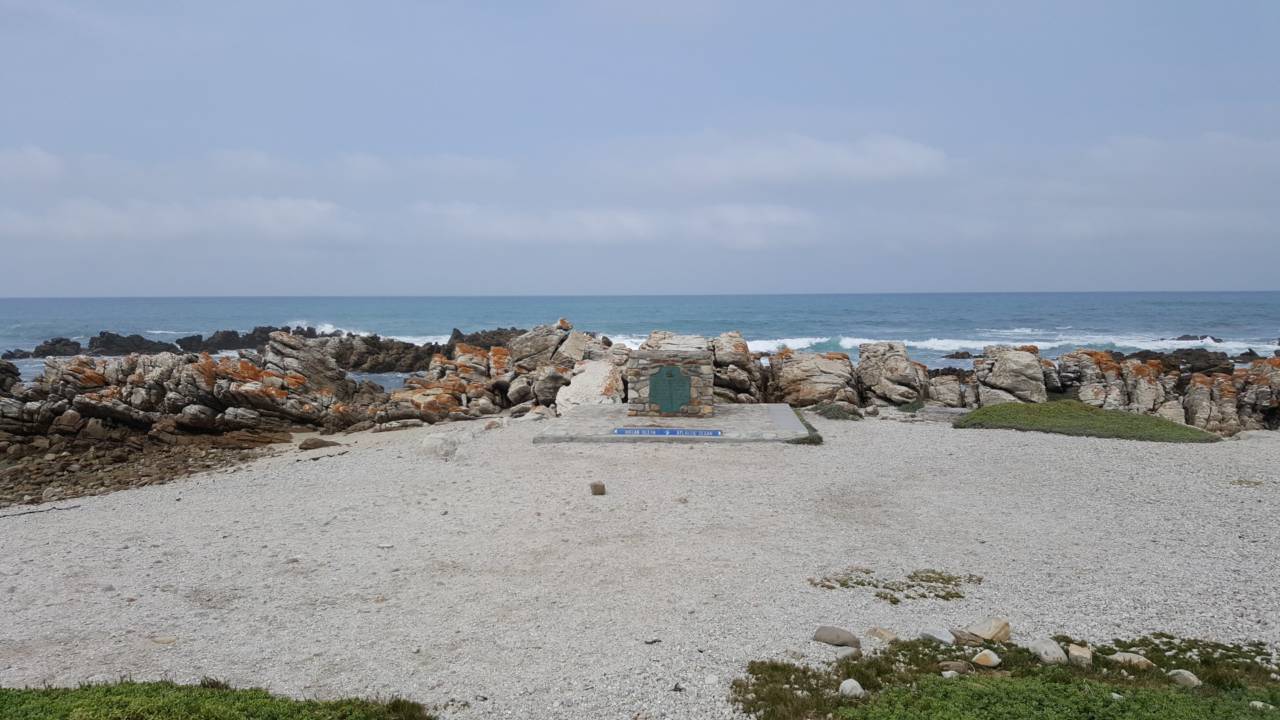 The southernmost tip of the African continent is at Cape Agulhas and not at Cape Point as is often believed. The tip is found approximately 1 km west of the Cape Agulhas Lighthouse. The tip’s exact location is marked by a cairn, which was erected in 1986. At the end of the 15th century the early Portuguese seafarers christened this tip Cabo das Agulhas – Cape of Needles and refers to the needle of the compass which at this point shows no real deviation between true north and magnetic north. A truly magic and desolate place, where suddenly one begins to understand the difficulties the early seafarers must have faced.