Paarl is a town in the Western Cape province of South Africa. It is the third oldest town and European settlement in the Republic of South Africa (after Cape Town and Stellenbosch) and the largest town in the Cape Winelands. Due to the growth of the Mbekweni township, it is now a de facto urban unit with Wellington. It is situated about 60 kilometres northeast of Cape Town in the Western Cape Province and is renowned for its haunting scenic beauty and deep viticulture and fruit growing heritage. Paarl is the seat of the Drakenstein Local Municipality; although not part of the Cape Town metropolitan area, it falls within its economic catchment. Paarl gained international attention when, on 11 February 1990, Nelson Mandela walked out of Victor Verster Correctional Centre (now known as Drakenstein Correctional Centre) in Paarl ending 27 years of imprisonment and beginning the march to South Africa's post-apartheid era and multi-racial elections. Mandela spent three years in prison here living in a private house within the walls. Today, a bronze statue of Mandela stands outside the prison. The district is particularly well known for its Pearl Mountain or "Paarl Rock". This huge granite rock is formed by three rounded outcrops that make up Paarl Mountain and has been compared in majesty to Uluru (formerly known as Ayers Rock) in Australia. The vehicle registration code for Paarl is CJ. 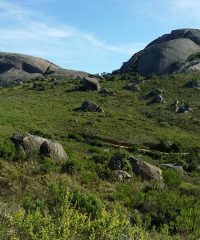 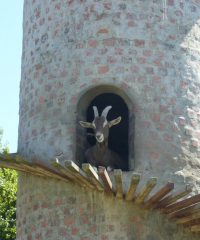 Fairview is a working farm, housing a collection of micro-businesses all sharing in a common goal – to create artisanal and sustainable produce, with a focus on fine wine and cheese. 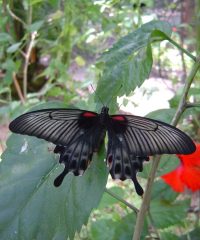 The lighthouse is said to be the most isolated manned lighthouse on the South African seaboard. This 28 metre high, circular lighthouse with its distinctive white and red bands is manned by a solitary senior lightkeeper.

Due to the maritime danger that Robben Island presents to shipping, Jan van Riebeeck, the first Dutch colonial administrator in Cape Town in the 1650s, ordered that huge bonfires were to be lit at night on top of Fire Hill, the highest point on the island (now Minto Hill). These were to warn VOC ships approaching the island.

Garden Route Mall is set to become a truly regional shopping centre which will serve the interests of the whole of the Garden Route, as well as the burgeoning tourism industry.

With 95 stores to choose from, Paarl Mall caters to all your shopping needs. The mall is anchored by Pick n Pay, Woolworths, Edgars and group brands such as Clicks, Truworths and Foschini, and it is easily accessible from the N1 via the exit 57 off ramp.