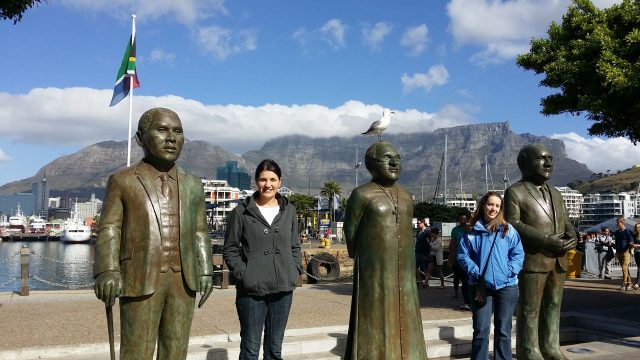 The Victoria & Alfred (V&A) Waterfront in Cape Town has sweeping views of the Atlantic Ocean, Table Bay Harbour, the City of Cape Town and Table Mountain. With over 450 retail outlets selling everything from fashion, homeware and curios, to jewellery, leather goods and audio-visual equipment. The Waterfront is also still a working harbour and the fishing boats can be seen bringing in fresh fish and large container ships being towed in by the tugboats.

Situated in South Africa’s oldest working harbour, the 123 hectares area has been developed for mixed-use, with both residential and commercial real estate.

Prince Alfred, second son of Queen Victoria, began construction of the harbour in 1860. The first basin was named after him and the second after his mother. The V&A Waterfront attracts more than 23 million visitors a year.