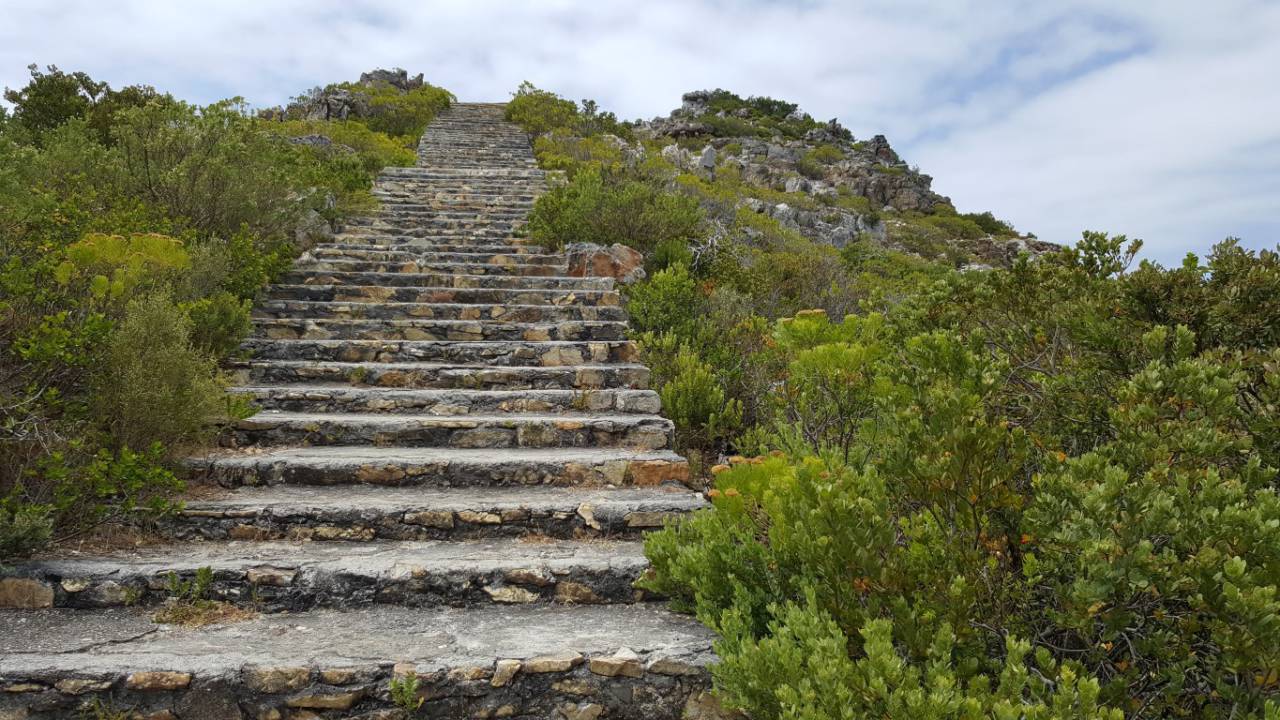 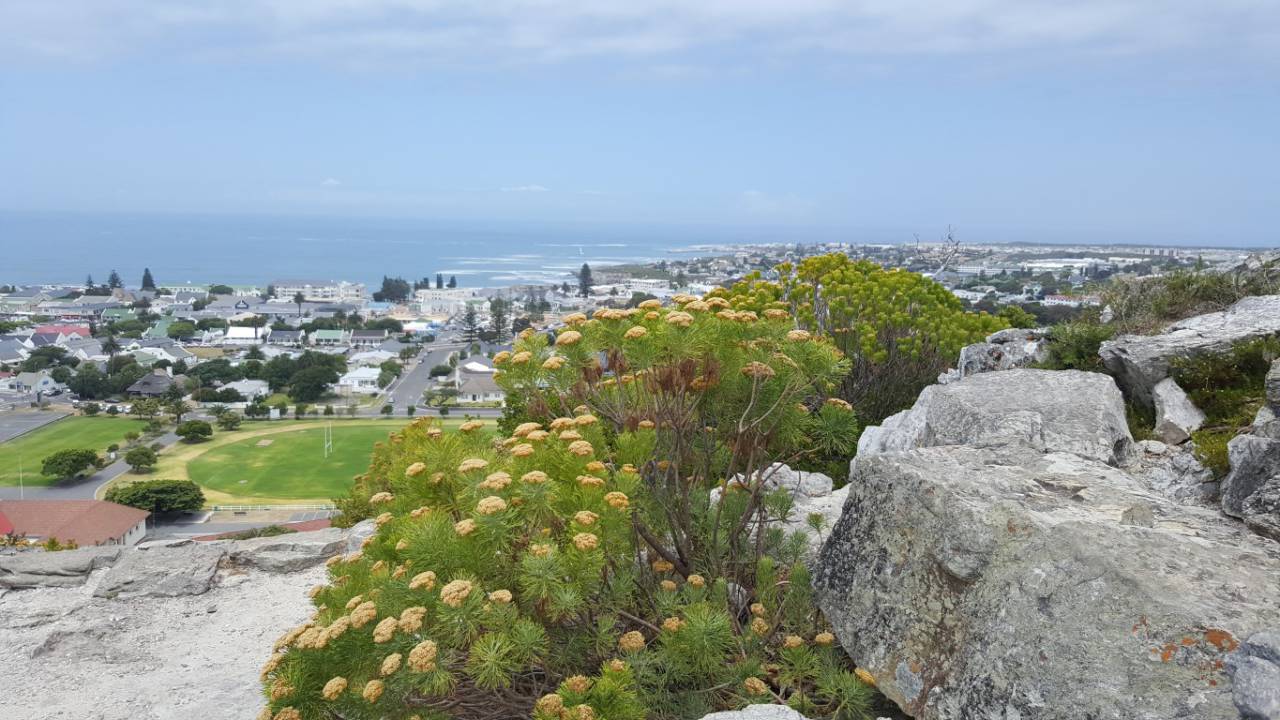 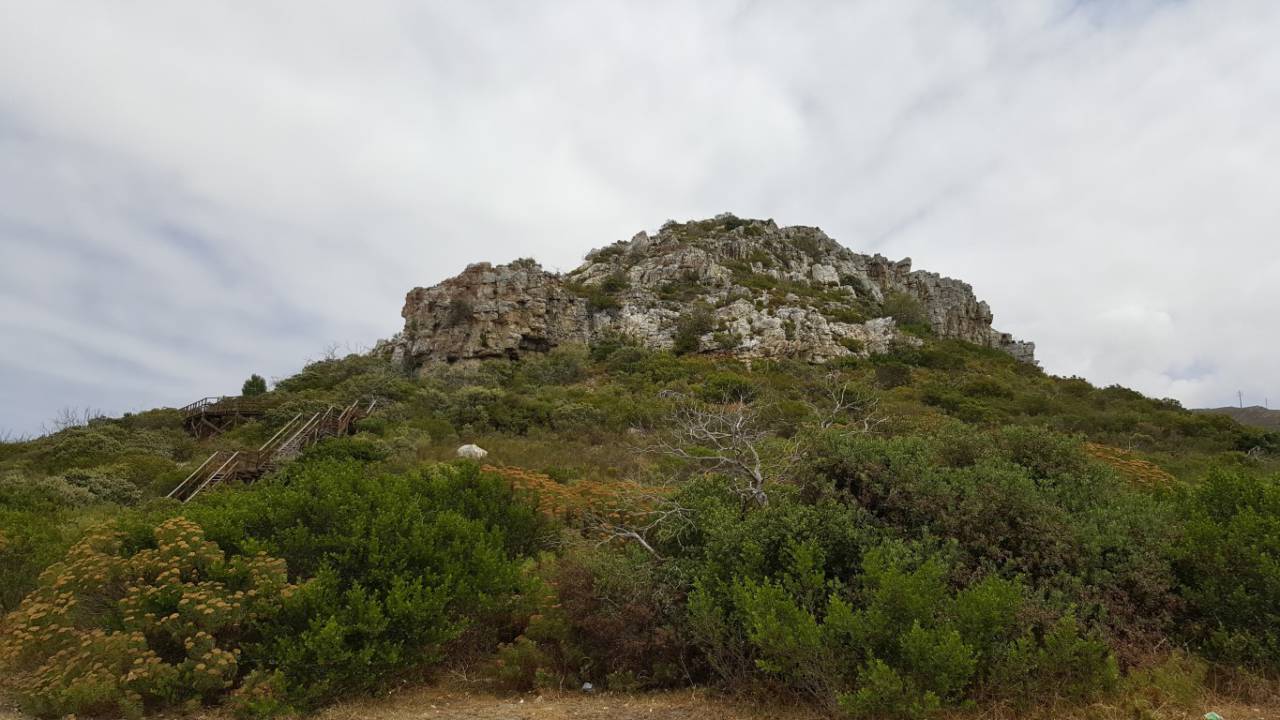 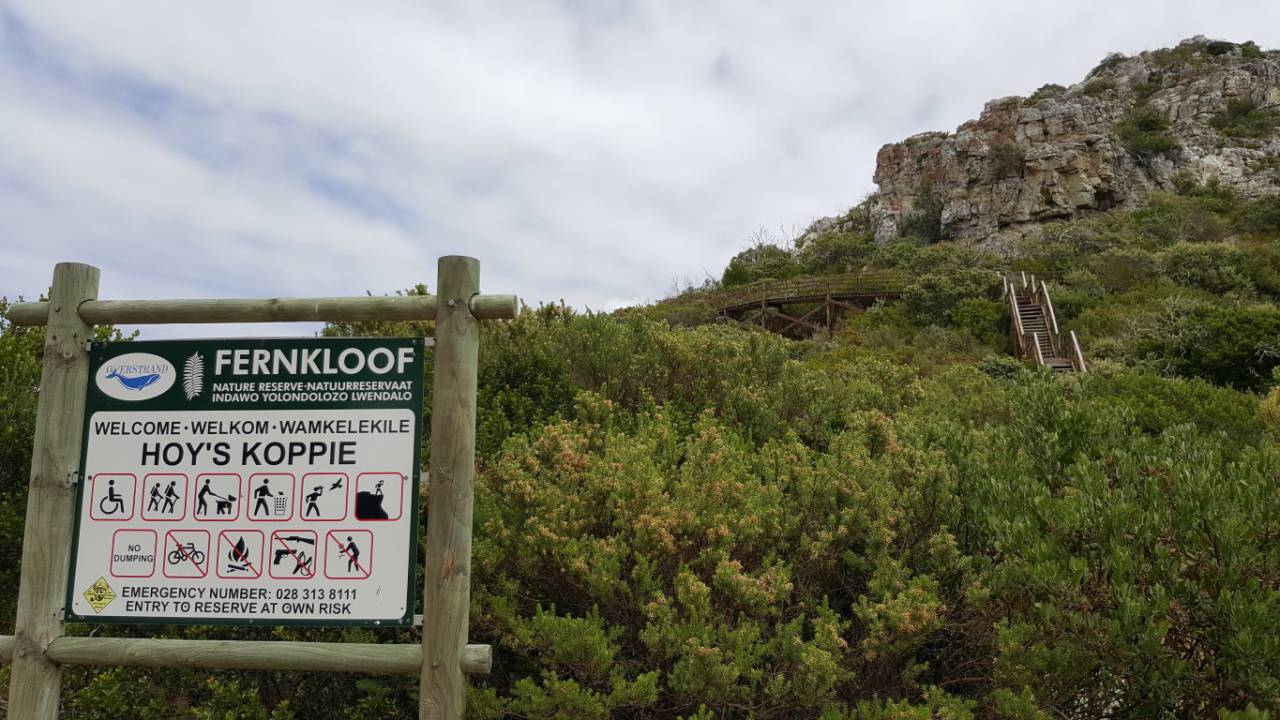 In the mid-19th century the early inhabitants of Hermanuspietersfontein called it “Klip Kop” – an isolated hill rising some 75 metres above sea-level on the otherwise flat plain on which their village lay. The hill/koppie was later renamed and dedicated to Sir William Hoy who was one of the most charismatic figures in Hermanus history. Sir Hoy was a Scottish-born head of the Cape and South African Railways in the 1920s who fell in love with Hermanus and visited the village repeatedly on holidays. Wanting to preserve the pristine beauty of the village, in 1912, he vetoed the rail line to Hermanus. Upon his death in 1930, at the age of 62, his wife, Lady Gertrude Hoy advised that Sir Hoy had expressed interest in being buried at the summit of the koppie. Arrangements were made and the first formal path was constructed. Five years later, Lady Hoy was buried alongside her late husband. “Klip Kop” then became “Hoy’s Koppie” and both graves remain preserved at the highest point of the koppie today.